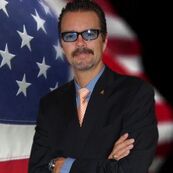 After Tony’s retirement, he led technical accreditation for a critical facility at one of the DOE National Labs before being recruited to move to Reno, Nevada to build a data center for one of the beltway bandits. Since then, Tony’s started three of his own companies; served as the Chief Security Officer for two others; and built InfoSec & Threat Intelligence verticals for two others before stepping back into the private sector with his CyberSecurity Consulting Practice in TN.
During the attacks of September 11, 2001, Special Agent Rucci and the Security Director quickly executed an evacuation and relocation plan for Principals still in the residence. Tony relocated with the First Lady where he served as the military support officer providing critical assistance in establishing contact between the President and the First Lady, ensuring her safety until she was able to return to the White House later that evening. Tony served as the lead counterintelligence officer on over 70 Presidential visits to 94 foreign countries. During those trips, he performed diverse tasks to ensure the White House Military Office mission was successfully performed, provided force protection measures to ensure the security of military forces, provided critical intelligence to the Military Aides to the President and the United States Secret Service, enhancing the security posture of the President of the United States. Special Agent Rucci accomplished this by fusing disparate information from national intelligence agencies, host country law enforcement agencies, and Department of State personnel into a coherent, succinct threat picture.

​Tony departed the White House upon his retirement in December 2004 but continues to serve the U.S. Intelligence Community and national security efforts in his current capacities. He lectures and keynotes regularly on topics as Critical Infrastructure Protection, Technical Threats, IoT Security and Insider Threats while serving on multiple Security Advisory Boards. For the University of Nevada, he sits on the Advisory Board for the Computer Science and Engineering and the Cyber Security Center. He is the former National Vice President of the U.S. Army Military Intelligence Corps Association. Tony is also a former Fellow at the National Cyber Security Institute, Washington DC, sponsored by the NSA; and is a former Advisory Board Member, Nevada Secretary of State; Silver Flume. Tony continues to serve national security efforts with his CyberSecurity Consulting Firm in Knoxville, and gets in the way a lot while Pam, his wife of 37 years, is taking care of their three beautiful grand babies!​